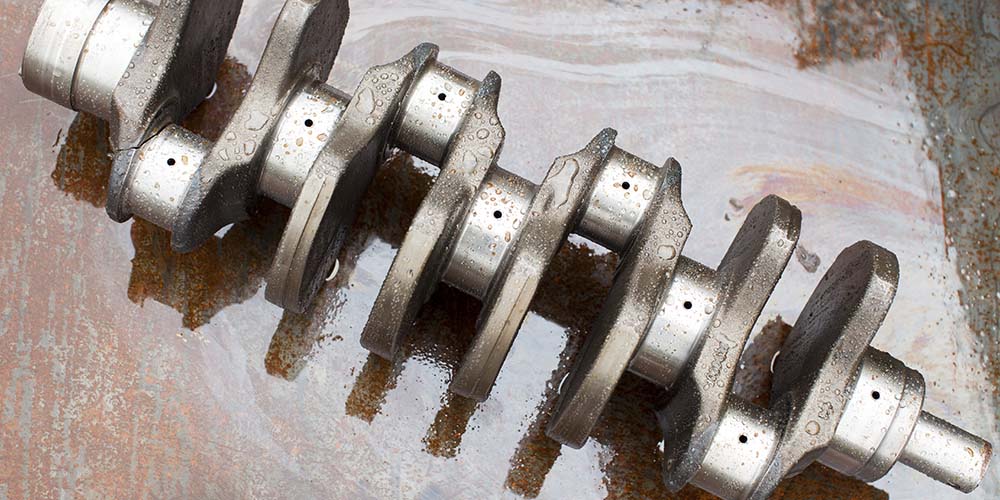 DNV has approved crankshaft design for decades. We have the domain knowledge and best practice expertise that has been put into development of Nauticus Machinery Crankshaft Fatigue software. This crankshaft design and analysis software module calculates the safety against fatigue based on DNV Class Guidelines 0037. It also covers the corresponding calculation method according to IACS Unified Requirements M53.

Crankshaft design is based on an evaluation of safety against crankshaft fatigue in the highly stressed areas. The crankshaft analysis is also based on the assuption that the areas exposed to highest stresses are:

These crankshaft design and analysis methods apply to engines for both main propulsion and auxiliary purpose, being designed for continous operation at the specified (nominal) rating. If frequent use of overload (in excess of nominal) rating is forseen, i.e. accumulating several millions of stress cycles, this overload should form the basis for the calculation. Further, the methods apply to solid forged or semi-built crankshafts of forged and cast steel, and with one crank throw between main bearings. Design with more than one crank throw between main bearing, fillets between offset crankpins, fully built crankshafts, or welded crankshafts will be specially considered on basis of equivalence with the 'normal' requirements.

Key benefits of the crankshaft design and analysis software module